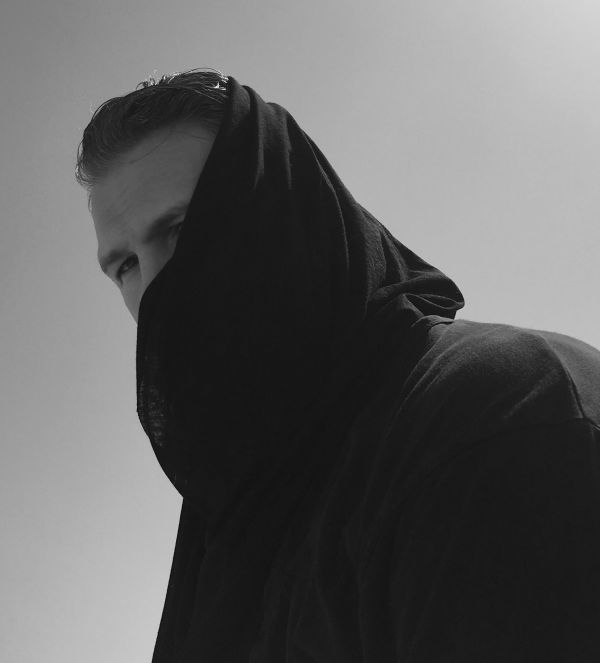 Henrik Nordvargr Björkk is mostly known as mastermind behind now legendary so called black industrial band Mz.412. On the occasion of his arrival to Armageddon Descends V festival in Vilnius we spoke with the guy.

Hello Henrik, thank you for taking the time to answer these questions. What are you up lately?
Been very busy working on a lot of things, mainly reissues of MZ.412´s backcatalogue for vinyl and cassette versions. I have also finished up the mastering of the new Anima Nostra album that will be out on Malignant Records soon – I have high hopes for that album… we have put so much blood, sweat and soul into that one.

You had/have many different vessels for your music: Mz.412, Pouppée Fabrikk, Folstorm, Toroidh, Vargr… What is the difference between messages you were/are trying to deliver to the listeners through those projects?
There is no direct message at all. My music is all about feelings; to make people interpret the music by themselves. I am not preaching any message or have a hidden agenda. It has also been part of my development as an artist; I have sometimes been in a more naughty and aggressive mode and then I tend to record stuff like Folkstorm and Vargr, then some years I have been more focused, calm and controlled and then my ambient sides shines through. I tend to just record what comes out of me, all depending on how I feel, and later I can decide if the recordings will fit a certain project or concept.
What I really want from people is a reaction – that is the core; to touch people inside, to make them paint pictures in their mind, trigger feelings… if my music does not evoke any response in the listener I have failed.

As far as I know you are a father, a husband and you have a day job. Yet you seem to be very productive. How do you do that? Is it about strictness with schedules and deadlines or inspiration overload?
Well, you only live once… (maybe). I try to make the most out of all the time I have available, and I don’t need to sleep that much. I don’t have any schedules or anything, I just work with my music/art when I feel inspired and have ideas I want to manifest.

What would you answer to heretics who claim that “I would easily record such albums just by putting voice recorder out of the window while driving on a highway”?
They are correct. You can do that. But if you want to make something good and worthwhile that actually moves people it won’t work… it is all about intent and quality control. That is something you learn. To put your soul and your Will into your art and manifest something with a soul of its own.

Your views changed a lot during your musical career and life in general: from satanistic to hedonistic. What stage (or state of mind) are you currently into?
I have changed my views on everything as life has progressed; I think that is quite natural. I have always explored alternate schools of thought, philosophy and even religious ideas, but it is only the last three years or so that I have found the true way forward for me. Initiation into the greater mysteries comes through self-knowledge – silence the mind and you will hear your inner daemon call you. “He who looks inside awakens” as Jung said… I would not label myself as hedonistic or any other name; I am an explorer of the human mind, the human condition and of what lies beyond. I have no answers, I have no truths, but I am closing in on them both. If you really want to learn more about the occult side of things I’d recommend you to start by reading Kenneth Grant´s Typhonian Trilogies. They are not easy to grasp, but when you do… No other books has moved as deep as those (and I still have the two last of the nine to read). 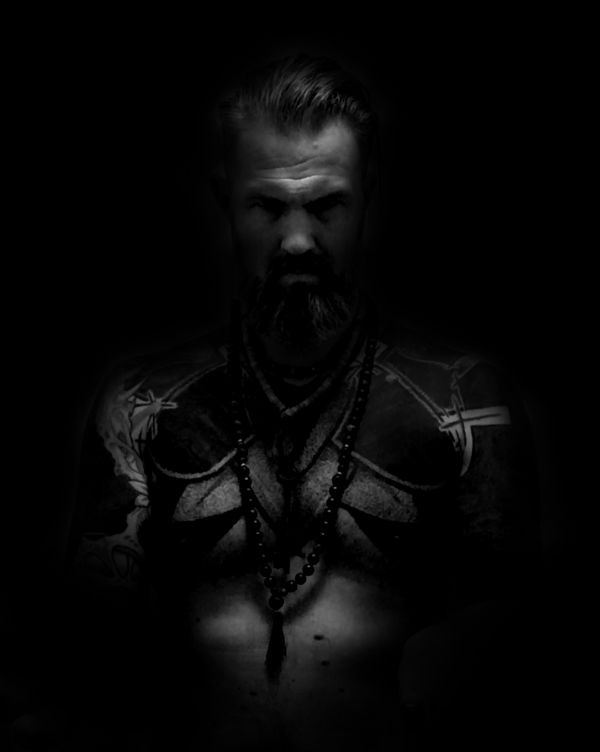 I’ve noticed that you are quite successfully adapting to the new times and technologies (I mean digital sales via Bandcamp, streaming via Spotify/iTunes). What about your musical ideas and approach, has it changed during those 30 years (not having in mind hardware progress)?
People are abandoning the old formats and you need to adapt to that. While I do like the fetish of collecting releases on vinyl/CD/cassettes, I realise that if I want people to listen to my music I need to make it available where they prefer to listen to it. I know quite few artists who makes all their releases extremely limited and almost impossible to get… that is fine, but I make music to reach out to people. Then they need to be able to hear it…

Would you agree with opinion that industrial music has lost its importance and weight nowadays comparing to the situation in nineties? And why (whatever your answer to the previous question is)?
It is what it always has been, maybe just a bit more washed out and boring nowadays – the same thing that happens with all genres with small fanbases. It is still relevant and there is a scene for it. I actually think that the new digital era might make it a bit more readily available and easier to grasp. The backside is that there is a lot of stuff coming out which makes it hard to find the good ones.

Similar tendencies could be observed with the labels. Old school factories like Old Europa Café, Cold Spring, Ant-Zen are losing the relevance (and CMI is dead) while obscure and awkward new labels like Blackest Ever Black, Stroboscopic Artefacts are taking their place. Don’t you think than old guardians have lost their touch and cannot adapt?
I am not sure I have seen that evolution happening… there has always been new hungry and innovative labels popping up, and some of the older ones disappearing, but I see no trend that the old ones have lost their touch. On the other hand I am not that into the scene, so I might be wrong…

What were the albums that you’ve listened lately that made an impression on you?
Been listening a lot to Wulkanaz Paralys, Black Funeral Ankou and the Death Fire and Sinmara Aphotic Womb, so it’s been mostly a black metal winter for me.

A funny question: you covered Depeche Mode once (with Pouppée Fabrikk); what are your current views on that British band?
Never liked them really… too soft for my tastes. The only reason we did that cover version (some 26 years ago?!?!?!) was because of our record label.

A funnier question: what are your thoughts about Game of Thrones series? Power and violence are central themes of this show, which seem to correlate somehow with your music.
I lost interest after a few seasons… too complex storylines and to much pathetic softporn. I am not much for TV or TV-series at all, I prefer books and occasionally a good movie.

Scandinavians are quite famous for heavy drinking sessions. You’ve mentioned in one interview that Gaspar Noe’s film Enter The Void was perfect in every way. So, I wonder, what is your experience with other drugs than alcohol?
I am not a typical Scandinavian heavy drinker and I enjoy life too much to cloud my mind with drugs and unhealthy stuff. There are a few substances I’d like to try under more spiritual and controlled conditions though, like Ayahuasca ceremonies. When the time and mind is right it will happen. Also, when recording music I need to stay focused and have a clear head, so I rarely combine drinking with my creative process at all.

Have you ever been to Lithuania? Do you happen to know/hear something about the country?
No, never, and I must confess I know very little of your country. I am very much looking forward to experience your culture, food, people and hospitality… I have been on a little crusade the last few years with the mission to visit and perform in as many countries as possible, and preferably, in places I have not been before, or places I have not had much contact with. All to make new connections and friendships and to spread my art to as many as possible.

What can we expect from your appearance at Armageddon Descends festival in Vilnius? Are you constrained by festival organizers in terms of repertoire? If no, how do you decide what to perform?
I have free hands to do what I please and I will do a mixed set that will contain both my vocal based works as well as my ambient sides. Maybe a few surprises also… we’ll see… 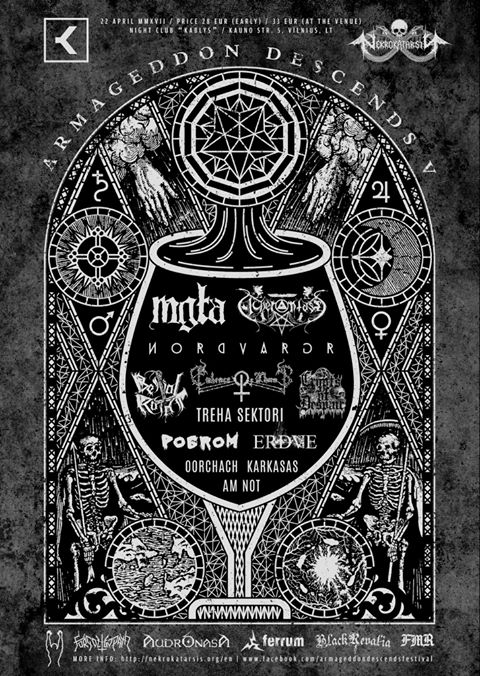 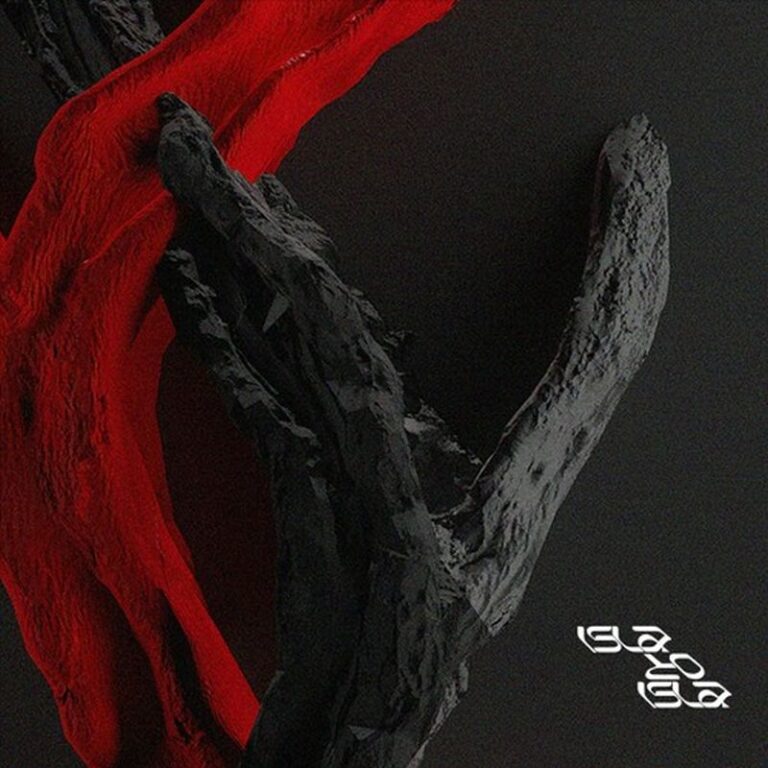 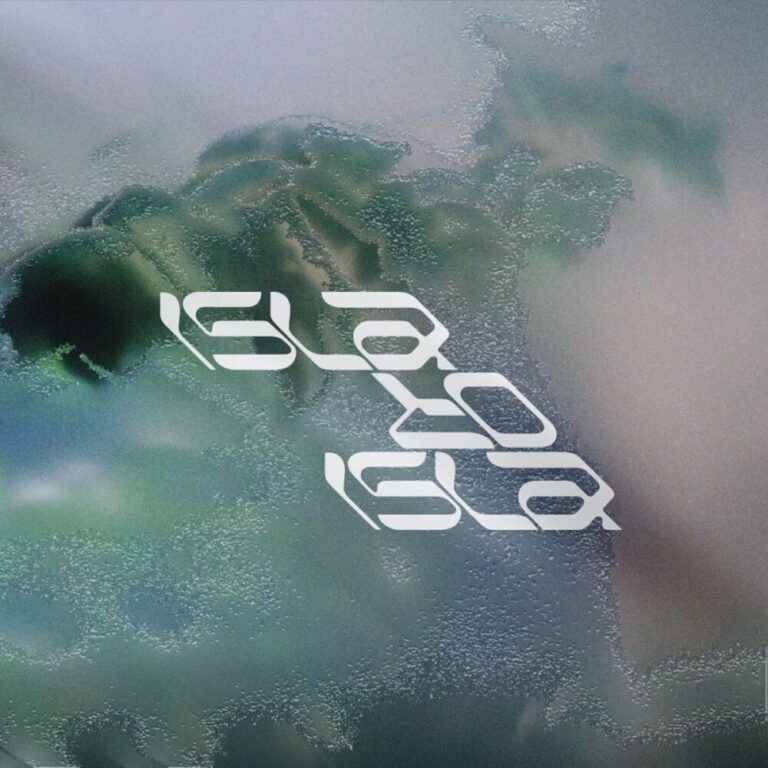 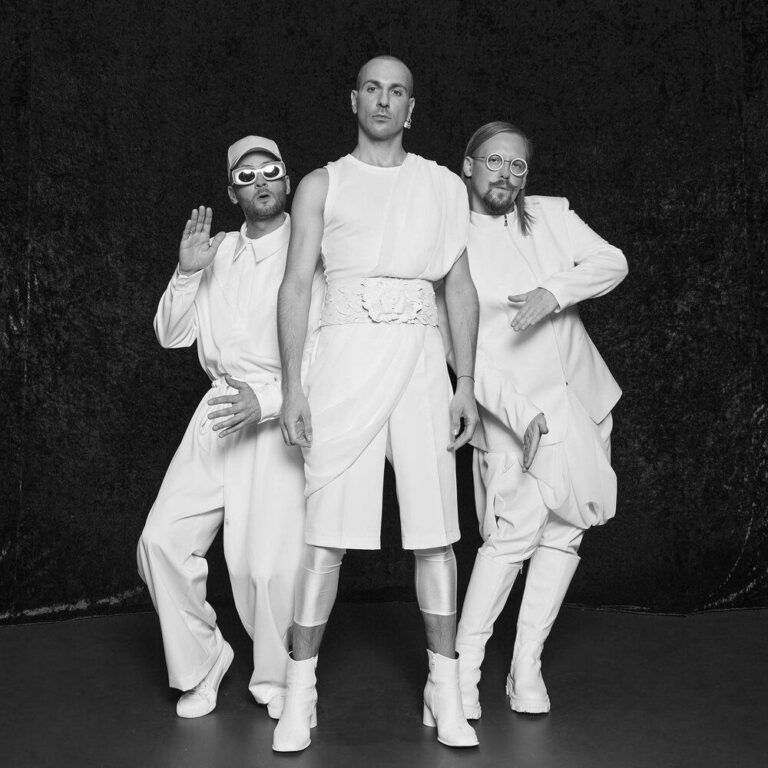