Mini interview with She Past Away

Mini interview with She Past Away 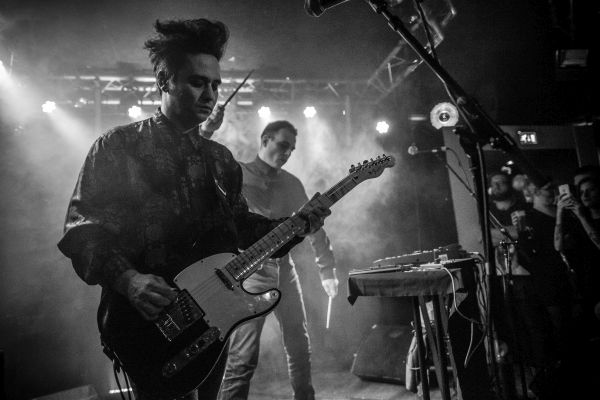 On Friday, 13th of January, She Past Away will kick out their European tour 2017 in Vilnius. This would be the first band’s appearance in Lithuania.

On this occasion our colleague Domas did a short interview with the band. Originally it was published on Ore.lt (in Lithuanian). So, now it is available for English speakers.

What is the weather today in Istanbul?
It is snowy. Not heavy though, best snow comes between January-March.

I’m writing these question on the same day, when explosions near a stadium in Istanbul hit the headlines. There were few deadlier attacks this year. Western rock music concerts can be seen as a target as well. How do you feel about playing a gig in Istanbul nowadays?
Well we are not playing so often in Istanbul, once or twice a year. It has been like that for 3-4 years. There is just not enough audience to play more often.
About the bombings: I don’t remember a time without bombs, I am 40 years old. Anyway it is a good reason to stay in. There is not much to discover outside anyway.

Is that mean you feel comfortable in Istanbul and sounds of explosions is natural soundtrack of the city?
Yes uncomfortable, but I wouldn’t say it is the natural soundtrack. The sound of Istanbul is a constant low note humming and a million things happening at the same time mixed into a muddy noise.

One of my friend said, your singing in Turkish sounds like spell, can we call you modern days sufis, of course, excluding all the religious side?
That’s a nice analogy but we are not really teaching morals. We question morals.
Plus there is a steep cliff between us and the seekers of the divine love.
Sound of Volkan is like a spirit from the times before the books, speaking fine poetry and wisdom. 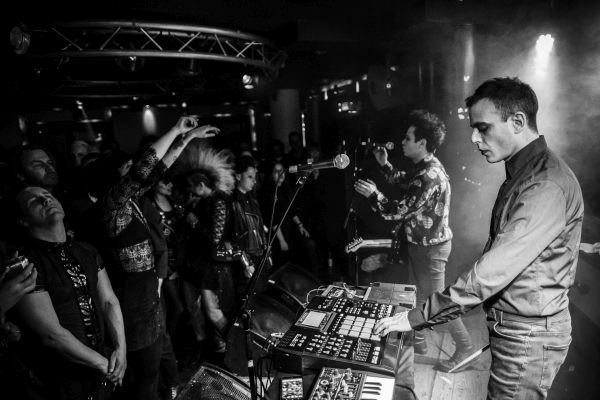 Do you violate any Sharia with your Western attitude, dress code or lyrics? You even have a song about religious repression…
Almost anything that we accept normal violates Sharia. Free thinking, freedom, gender equality, human rights… the list goes on. We are not physically living under The Sharia law, but it exists in the mind and life of the generic guy. Honestly, we always have the possibility of a fascist, homophobic or religious attack in mind. So we live in a “normal” look here, but you know what, sometimes even that’s not enough. Even your kind attitudes will be considered “unusual” or “homo”.

I was reading Orhan Pamuk novel while visiting Istanbul, after returning I was watching documentary Crossing The Bridge – The Sound of Istanbul about with Alexander Hacke (member of Einstürzende Neubauten). These two reveal melancholy, past/present and West/East fusion of the city. Seems like you don’t like to be related with Turkey too much and She Past Away sounds completely Western…
Well we don’t like fusions. The classic east-west fusion is stale for us. Bringing in any Turkish instrument or traditional melodies into SPA would be a murder.
We are not really after representing our culture, we just make the music we like. Pure.

She Past Away was founded 10 years ago. It’s quite a long time for a band. What is the most exciting thing that happened during this time?
1. Joining the Fabrika Records family.
2. Licensing songs to Christian Dior fashion show.
3. 2015 Latin America tour.

Do you think image/outfit is important for artists like you?
100%. Music and visuality should be affirming each other.

There are rumors about the 3rd She Past Away album. What can we expect from it?
Too early to speak now but currently we have two bombs for the dancefloor.

Why do you think darkwave/post-punk experience some kind of revival all over the world? Do you feel comfortable in the genre or think about diving in deeper waters?
No idea why, honestly. We are very comfortable and happy with the genre definition we have now.

You played at most of main events of your genre in Europe, also played in South and North Americas. What else you’d like to achieve?
Until now we travelled mostly West from Turkey and a few times North and South. We want to travel East for once.

Whom you’d like to share a stage with, if you’re not limited in time measure?
With Volkan again but 20 years of age and in 1979. 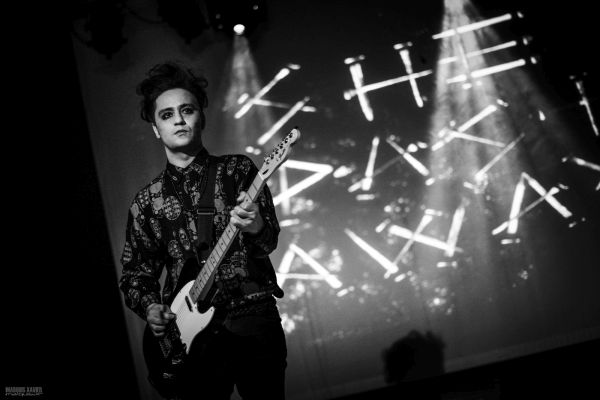 You gonna start your tour in Vilnius on Friday the 13th. Are you superstitious?
No. I am afraid of the connected flight to Sofia on the next day. Transfer time is too short.

Do know something about Lithuania? It’s cold and dark almost half a year and we’re famous for high suicide rate… Few years ago you did a mix for our colleagues Secret Thirteen. Any more connections?
Sorry but don’t know much about Lithuania apart from a few people we met at our gigs. I will learn more until January. Not too excited about the cold but I am sure there will be a warm audience.

Thank you. See you in Vilnius. 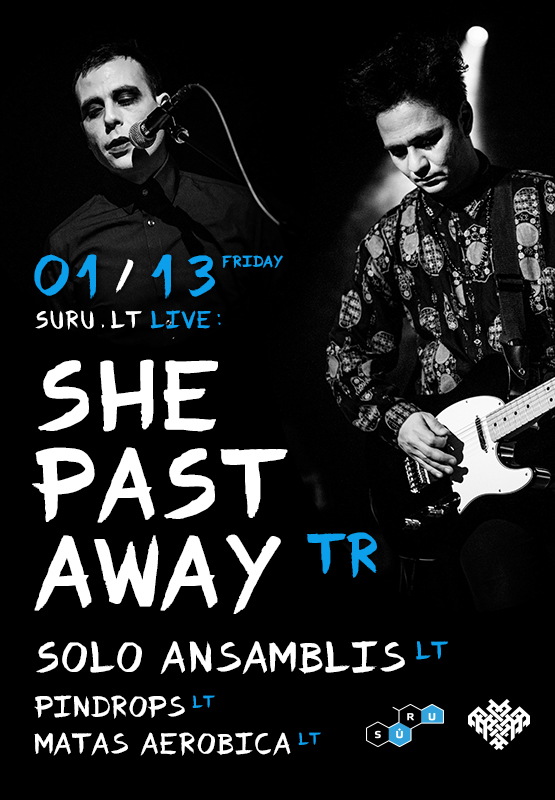